We see innovation in many areas of our life, and one of the places we can even see this is in our pets.

Breeding Havanese mixes, especially, is having a big moment, as the parent breed of Havanese dog is very popular right now. Because of this, breeders are creating more varieties of Havanese hybrids and combining the best traits of both parent dogs to create desirable offspring.

What Is a Havanese Beagle Mix Called?

It does not matter whether or not the mother is the Havanese or the beagle, and vice versa with the father of the litter.

The resulting offspring will still be the same hybrid breed, of course. Another name you may have heard for this breed is the Beaglenese. The Beaglenese is not a purebred dog like the Havanese is, as it is a mix between two different parent breeds.

The Beaglenese does not have a long history, since it is a hybrid breed. Its parent breeds, do, though! The Havanese originated in Cuba and is actually the country’s national dog. When the Cuban Revolution began, wealthy families escaped to America with their Havanese, and the breed rose in popularity.

The beagle, on the other hand, comes from Great Britain. It was developed in the 1800s for a kind of hunting that was referred to as beagling–where hares and rabbits were hunted by the dogs based on scent.

They were bred from other scent hounds and such breeds, like the Southern Hound and Talbot Hound.

Beaglenese dogs usually have a white coat with some black and brown markings, too–similar to the colorings and markings on the coat of a beagle, the parent breed. They also are smaller than the beagle, usually, instead ending up closer in size to the Havanese.

A beagle is usually around 16 inches tall and can grow to weigh around 22 to 24 pounds for a male and 20 to 22 pounds for a female. The Havanese breed, on the other hand, is usually closer to 8 to 12 inches tall, and about 7 to 13 pounds. A Beaglenese will usually measure in somewhere between the two parent breeds.

The Beaglenese has certain characteristics from both of its parent breeds, and these can vary based on what is passed down to each litter! However, a Beaglenese will typically have the intelligence of both parent breeds, as well as an easy going personality.

Havanese are easy to please, and so are beagles, as they were bred to be working hunting dogs. They will be active and will learn quickly, so they could be good candidates for activities such as agility or for learning special tricks.

The Beaglenese will require more grooming than a beagle would, as they typically inherit the longer coat of their Havanese parent. This will need to be brushed and groomed regularly. In addition, the breed needs both physical and mental stimulation.

The beagle, of course, is a dog that was bred for a job–that job being hunting–so it passes down a greater need for exercise. The hybrid breed will need to be exercised more frequently than other Havanese mixes, or than Havanese themselves. Both parent breeds are also very smart, so your Beaglenese will need mental stimulation such as obedience training or learning tricks, too.

What is the best mix for Havanese?

The breed that is the best Havanese mix is going to vary based on certain factors and personal preferences. Different pet owners are going to be looking for different characteristics when they are researching breeds of dogs to add to their family unit.

A Havanese is a purebred dog that was originally bred between two different breeds to come up with the breed standard that we are familiar with today.

The Havanese was bred from the Blanquito and other dogs in the Bichon family, such as the poodle. The Blanquito is a breed that no longer exists in the present day, but it was often referred to as the Havana Silk Dog as well as the Blanquito.

The Havanese breed is not one that typically sheds, and it can be considered to be hypoallergenic. However, when it comes to Havanese mixes, these may shed–or they may not! It really depends on the second breed in the equation.

Due to this, the Havamalt can be a great fit for families where o ne or more members has an allergy or sensitivity to certain pets. The Havamalt has very low shedding levels, but though it is a hypoallergenic dog, it still requires frequent grooming. As this breed has long, silky hair, it will require weekly grooming so that its coat stays tangle free and healthy. 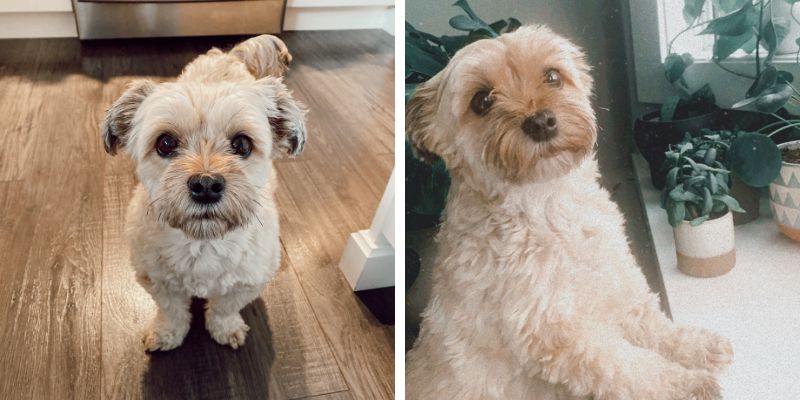