The Havanese breed is one that has seen a resurgence and boom in popularity in the last few decades. In fact, this dog is the 24th most popular breed in America right now, according to the American Kennel Club!

The breed has a very particular appearance, being easily recognizable by its long, luxurious coat of hair. Besides this, they have a winning personality and are known to be loving and playful.

Read on to learn more about the Havanese breed, as well as what a Havanese black and white is, and the other colors this breed can appear in.

What Is a Havanese Dog?

First things first, what is a Havanese dog? The breed is a companion dog that is known for its even, happy temperament and can be called a Velcro dog, as it will always be by its owners’ side! When it comes to appearance, the Havanese have a long, silky coat and expressive dark eyes.

They also have drop ears and a tail that curves back over their body.

The Havanese grows to be, on average, between 7 and 13 pounds, and between 8 to 12 inches tall at the shoulder. This is a breed that is longer than it is tall. As the Havanese is a companion dog, it is important to know that this is not a breed that should be left alone for too long.

They can easily suffer from separation anxiety, and can then exhibit destructive or disruptive behavior–like barking or chewing.

The Havanese is the national dog of Cuba, and this is where the breed originated. Spanish settlers brought the ancestors of the Havanese to Cuba in the 1500s.

They then began to breed the Blanquito, or Havana Silk Dog, which is now extinct, with dogs from the Bichon family, such as the poodle. The resulting litters of dogs were the first Havanese puppies! The Havanese then became popular with the Cuban wealthy as companion dogs.

Then came the Cuban Revolution. Some wealthy families were able to escape to America, and they brought their Havanese dogs with them. American breeders fell in love with the little dogs and began to breed them in the US, too, which helped to propel the breed’s popularity stateside.

They helped to get the Havanese to the breed standard we know today. In 1996, the AKC then recognized them as an official breed.

What Is a Havanese Black and White?

A Havanese Black and White is the name for a Havanese dog that has a black and white coloration. Think of the black-and-white coloration of a Border collie, for example.

Usually, a Havanese Black and White will be mostly black with white markings, rather than being mostly white. The Havanese can come in very many colors, which we will go over more fully below, and are often not only one solid color.

This is a breed that can come in two–or sometimes more–colors at the same time, and this is typically more common than seeing them only in one hue.

As we mentioned above, the Havanese can come in many different coat colors or combinations of colors. Sometimes, the color of a puppy’s coat when it is young can change slightly, as it is entirely possible for a dog’s coat to lighten or darken as it grows and matures.

This can make it more difficult to determine what color your dog will be as an adult–though, it is very rare that a change is that drastic. The coat colors of a Havanese include black, white, blue, sable, cream, red, silver, fawn, gold, chocolate, and brindle. These are considered to be breed standard, and some shades are rarer than others.

The Havanese is a toy breed of dog. These days, it is considered to be a purebred dog, but when breeders were still selectively breeding the dog, they did so by breeding two different parent breeds of dog together. The two dogs that were used to develop the Havanese breed are the Blanquito, or Havanese Silk Dog, and dogs from the Bichon family such as the poodle.

Will a black and white Havanese change color?

Havanese dogs come in many different colors and color combinations, one of these being black and white. Typically, a black Havanese will not change color much, and neither will a black and white Havanese. Of course, just like any dog, the Havanese can change color slightly as they age. As they grow and mature, a Havanese may either lighten or darken in color. Genetics do also play a role in how a Havanese’s color changes, so it is difficult to predict exactly what might happen as they grow.

Is a Havanese a good pet?

Whether or not the Havanese dog is a good pet will partially depend on the characteristics that you are looking for in a pet. In general, yes, these dogs make great pets even for those who are not experienced dog owners. This is in part due to their eagerness to please nature and high intelligence.

They do not bark very often and are a small breed, too, so they can be a good choice of pet even if you are living in an apartment or a condo. The Havanese also gets along well with children and other pets you may already have in the home.

Is Havanese a rare breed?

The Havanese breed of dog is not a rare breed. Before it came to America, the dog was largely limited to Cuba and could have been considered to be a rare breed. However, the breed has now experienced a boom in popularity.

After the Cuban Revolution, breeders and Havanese lovers alike worked to revive the breed, which had become very rare. Luckily, these efforts that they went to certainly paid off! These days, according to the American Kennel Club, the Havanese is the 24th most popular and most registered dog breed in America. 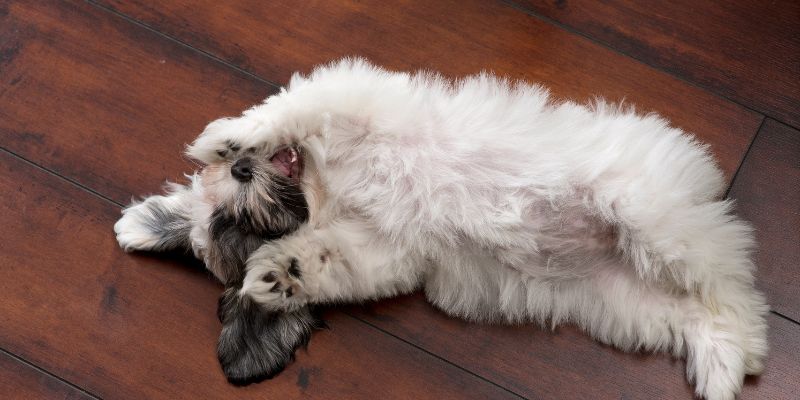